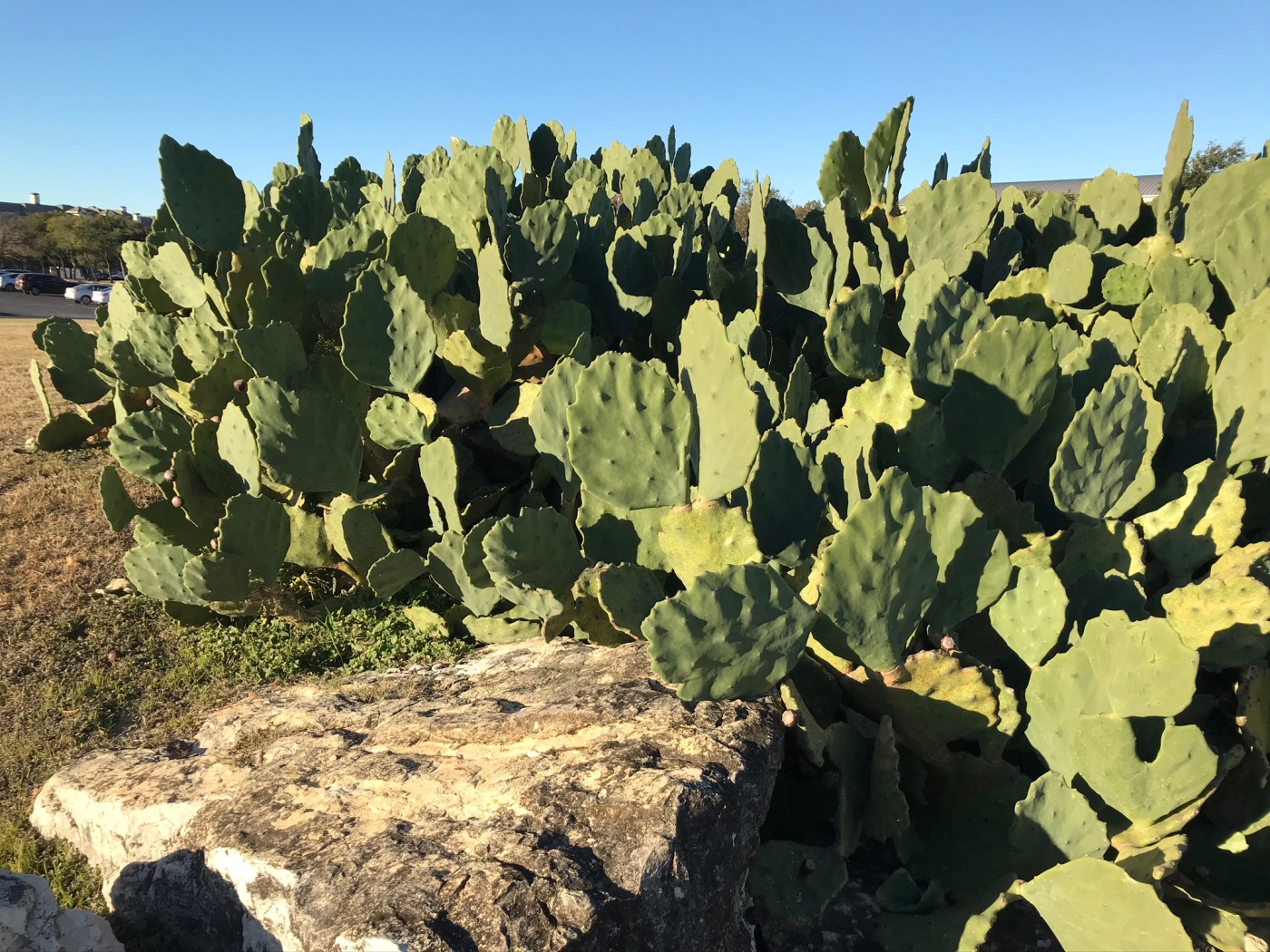 Aside from the obvious temperature differences, the other clear sign that I’m not in Saint Paul anymore is the surrounding flora.

I’m starting to get used to it, but I now live in a place that has palm trees – big ones and small, prehistoric looking ones. For decades palm trees only meant vacation. My mind was blown that my Galveston-bred husband grew up with these movie set props. According to the internets, only the genus sabal is native to Texas – and I don’t have any idea what all grows around here.

Alongside the palms are cactus – lots of prickly pear (which you can find in the southwest reaches of Minnesota too!), yucca, agave. The Convention Center even sports a 900+ foot frieze populated with prickly pear. I love these hardy plants, adapting to mercurial weather, making their way out of rocky soils, and poking anyone who gets to close. Seems metaphorical…

I wish I were better at identifying trees – I even purchased a laminated, fold-out brochure about the Trees of Central Texas, but with the exceptions of a few clearly differentiated stand outs, I am usually at a loss.

For instance, there are so many oaks, but these aren’t at all like the oaks of Newell Park in our Saint Paul Midway neighborhood. Some of the oaks here bend as though they are reaching for cooler, wetter, areas in the soil. And many of these trees are home to ball moss – which I liken to small tumbleweed that isn’t yet dried out. Turns out it isn’t moss, but an air plant – perhaps I should start gathering it and selling it in cool vessels for a premium price.

Mesquite, with its crooked, bending trunks isn’t even a tree – it’s a massive shrub that lots of people consider a weed. It also makes for good climbing if you are an adventurous kid!

The most majestic tree in these parts is the bald cypress. It reminds me of a redwood and I was shocked to learn that it isn’t an evergreen – its needles turn red and fall off in the fall.

Pine trees are in short supply in central Texas and I miss them the most. Balsam fir candles can only do a northern girl so much good when she misses the majesty of towering pines.