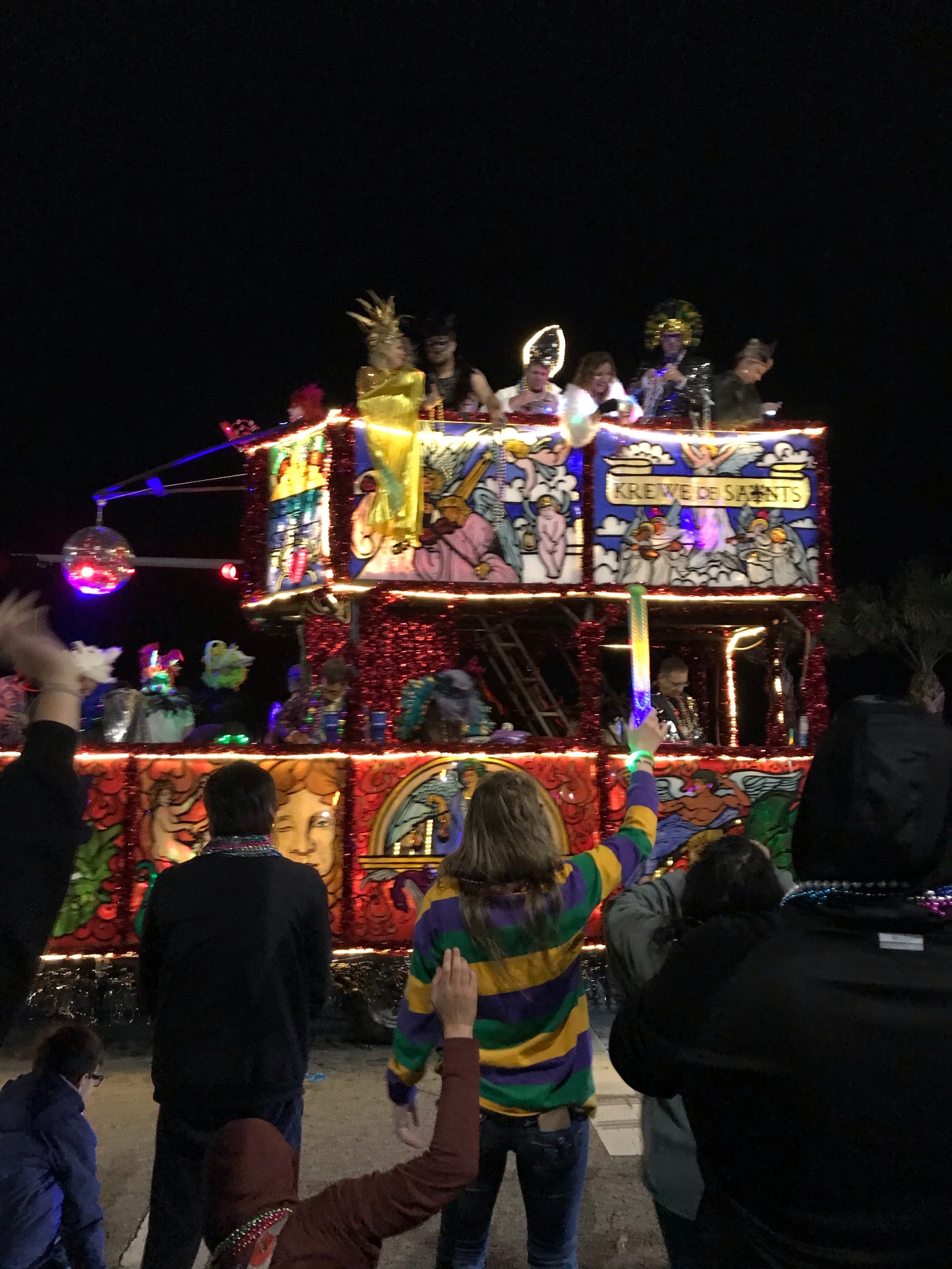 Galveston is a barrier island about 50 miles south of Houston. With Galveston Bay to the north and the Gulf of Mexico to south, the city is definitely a beachy get away for folks all over Texas. It’s also my husband’s home town so I’ve had many years getting to know the place and the quirks of BOIs (Born on the Island.)

I’ve often felt like Galveston is a mini, Texas version of New Orleans. As a port city it’s always been diverse. Architecturally, the downtown area—The Strand—has buildings you could expect to see in the Big Easy: brick buildings with iron balconies, raised sidewalks where you can imagine someone tying up their horse as they headed into a shop. It’s also legal to drink alcohol in a plastic cup as you wander this five block historic district. So I guess it’s no surprise that Galveston is home to Texas’ largest Mardi Gras celebration.

Each year the city celebrates Mardi Gras for two weeks preceding Lent. We were in town for the first major parade and it was a hoot! Lots of beads, marching bands from all over the state, minimal debauchery, and fun floats.